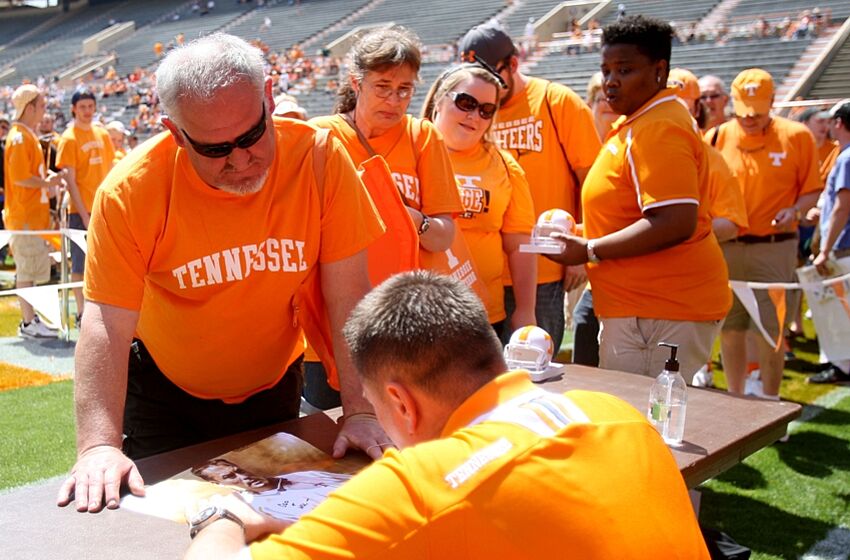 Tennessee announced on Friday that the annual Orange and White spring game will take place on April 16 at 2:00 PM ET at Neyland Stadium.

Spring practice is set to begin on March 7. There will be 15 practices, finishing with the spring game (exact practice dates have not been announced yet).

The Vols will be hoping to see more than 60,000 fans attend the Orange and White game for the fourth straight season (all, not so ironically, under the leadership of Butch Jones).

The threat of severe weather last year kept a lot of fans at home.

Going to the #Vols‘ Orange and White Game? Be aware of severe weather possibility Saturday: http://t.co/f4EpieK3aPpic.twitter.com/uxPOji1ibq

However, the fans that ventured to Neyland Stadium last year, despite the prediction of bad weather, were rewarded.

With the the Vols expected to compete for a national championship in 2016, I wouldn’t be at all surprised to see UT set a new attendance record for their annual spring game.