Tennessee football: 7.5 points is too many in Vols-Gamecocks rivalry by Billy Williford
Tennessee Vols morning report: Basketball AP rank, Pruitt previews S.C. by Caleb Calhoun
Next1 of 5Prev post
Use your ← → (arrows) to browse 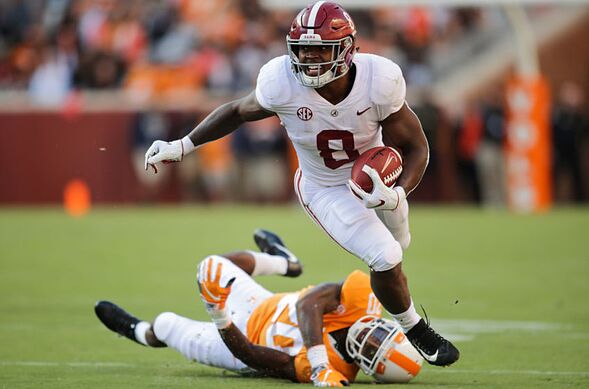 It shouldn’t be the case but after the loss to number one ranked Alabama there are a few overreactions swirling around.

No one expected the Vols to beat Alabama. Honestly not too many people thought Tennessee could keep the game within 20 points. It was apparent within five minutes that the Tide was going to run away with a win like that have against every other opponent.

You can’t take much from this loss, Alabama is destroying every team on their schedule. There doesn’t appear to be a team in college football this season that will be able to give them a game. Alabama is 8-0 on the season and has scored at least 50 points in six games. The other two scoring outputs were 45 points against Texas A&M and 39 points against Missouri.

Hot: Grading the Vols in loss to Alabama

The Vols, on the other hand, are right where most people thought they would be sitting at 3-4. They are improving each week, and it showed with the huge win against a ranked Auburn team at Jordan-Hare Stadium.

After the 58-21 beatdown, there are a lot of overreactions swirling around the program. There is a lot of negative talk which shouldn’t be the case because Alabama is too good. They are too good of a program to be compared to.

In this post, we are going to break down some overreactions from the Alabama loss. Some might end up holding true, but for now, they are just overreactions to a loss everyone knew was coming.

Next: #4. The secondary is horrible again
Next1 of 5Prev post
Use your ← → (arrows) to browse
Event Tickets
Powered by StubHub
Top Stories