KNOXVILLE, TN - SEPTEMBER 09: Tennessee Volunteers fans cheer during the first half of the game against the Indiana State Sycamores at Neyland Stadium on September 9, 2017 in Knoxville, Tennessee. (Photo by Michael Reaves/Getty Images)

Just one week after the Tennessee Vols football season ended, the program is filled with news on this Thursday morning. It all deals with personnel and coaches, and at this point, the confirmed news is good news for UT.

Our morning update on Rocky Top leads with one player who has a scheduled announcement about whether or not he’ll stay with the program. We also have two transfers who are looking at UT to cover and a former coach is taking over at his old job.

Outside of football, we’ve got a couple of women’s basketball stories, including recognition for a specific player to bring you, and we have a women’s tennis ranking to get to. So there’s plenty of news. Let’s start with the big football stories.

After three years with the Tennessee Vols football program, two-time All-SEC guard Trey Smith is set to announce whether or not he will turn pro early. The in-state recruit played all of 2017 and 2019 but missed the end of 2018 and was held out of lots of practices in 2018 and 2019, including both summers, due to blood clots in his lungs.

Smith will hold a press conference Thursday at 1 p.m. ET to announce whether he will return to Tennessee in 2020 or declare for the NFL Draft. The 6-foot-6, 325-pound Jackson, Tenn. native has played in 32 games for the Vols since 2017.

After decommitting from Tennessee football in 2017, former five-star offensive lineman Cade Mays is transferring from the Georgia Bulldogs back to UT. A Knoxville Catholic product, Mays’ father, Kevin Mays, played for the Vols in the early 1990s, and his younger brother, Cooper Mays, just committed to the program. He started 11 games for UGA this past year.

Mays is expected to appeal to the NCAA for immediate eligibility to play for the Vols in 2020. According to Athens-Clarke County State Court records, Mays’ parents sued the University of Georgia System Board of Regents, the Georgia Athletic Association and others after Kevin Mays’ right pinkie finger was amputated because an accident involving a folding chair at the Bulldogs’ team gala in December 2017.

In addition to Cade Mays joining the Tennessee Vols, Nebraska Cornhuskers transfer wide receiver Mike Jones is also heading to Rocky Top. Once a four-star athlete on Rivals, Jones, who comes from Plantation, Fla. chose UT after visiting them in their win over the Vanderbilt Commodores.

The 5-foot-8, 175-pound Jones said he plans to submit a waiver to the NCAA in hopes of being eligible to play during the 2020 season as a redshirt sophomore, which would give him three remaining seasons of eligibility. If he’s not cleared, NCAA transfer rules would force him to sit out this year.

Brady Hoke, who was a member of Tennessee football’s staff in 2017 as an assistant and served as interim head coach the final two games of that year after Butch Jones was fired, has been promoted to head coach of the San Diego State Aztecs. Hoke spent the past year as defensive line coach for the program. His promotion comes after Rocky Long’s retirement.

SDSU’s resurgence a decade ago began under Hoke, who coached the Aztecs to a 4-8 record in 2009 and then 9-4 in 2010. The latter season ended with a 35-14 Poinsettia Bowl victory over Navy, giving the Aztecs their first nine-win season in 33 years. It was SDSU’s first bowl appearance in 12 years.

With an average of 17.4 points and nearly nine rebounds a game through 14 games, Tennessee Lady Vols 6’2″ junior forward Rennia Davis has been named to the John R. Wooden Award Midseason Top 25. Davis is the only Lady Vol on the list and one of six SEC players to make the list.

Chosen by a poll of national college basketball experts based on their performances during the first half of the 2019-20 season, the list comprises of 25 student-athletes who are front-runners for the sport’s most prestigious honor. On the 2020 Wooden Award Midseason Top 25 Watch List, four players make their debut on the Wooden Watch after not being named on the Preseason Top 30: Aliyah Boston (South Carolina), Elissa Cunane (NC State), Olivia Nelson-Ododa (Connecticut) and Megan Walker (Connecticut).

After a heartbreaking loss at the Kentucky Wildcats, the Tennessee women’s basketball team continues its road trip by facing the Ole Miss Rebels Thursday night. Tipoff is set for 8 p.m. ET.

Coming off a 20-8 season and an appearance in the NCAA Round of 32, the Tennessee women’s tennis team is ranked No. 22 in the Oracle/ITA preseason women’s tennis rankings for this year. They are the lowest ranked of six SEC teams to reach the top 25. 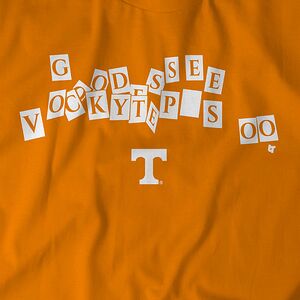